«The Stories Behind a Line» is a personal project she started working on in 2016, interviewing a group of asylum seekers arrived in her hometown. She strongly believes in the communicative potential of data visualisation and she’s constantly testing it. She decided to tell their stories through data and numbers – traveled kilometres, hours spent, transportations – because I think that this information in its simplicity can really depict the exhausting and dangerous experiences lived by persons who are looking for a better life.
During our interviews she asked them to help her in filling up these lines with data and information and to tell her what they wanted to, without too many questions. This is why in some parts of the lines there are some quotes or notes: these are the moments in which they shared with me a more detailed fragment of their story. 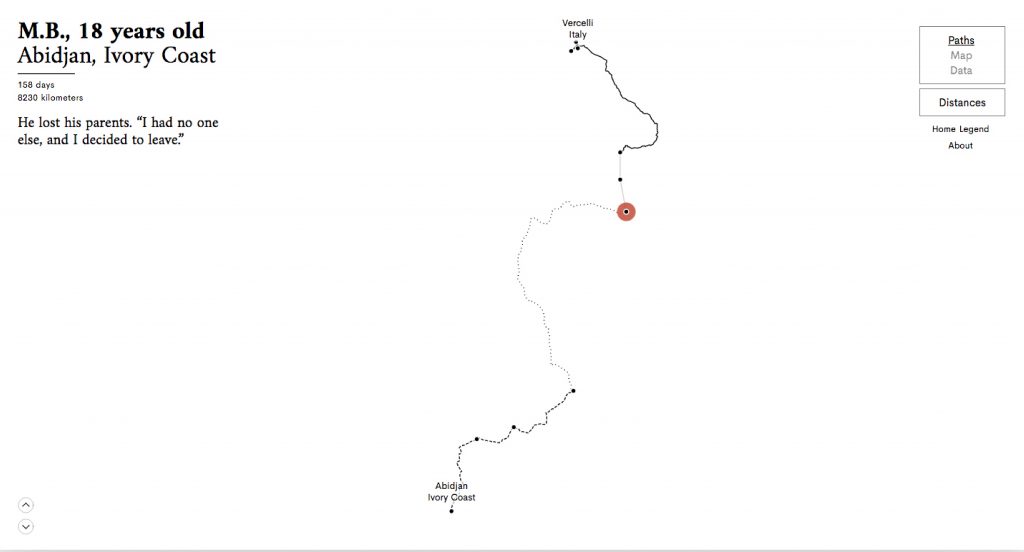 Kevin was inspired by the stories he was told by refugees in Germany. He assumed they had documented their journeys, but they had mostly just taken selfies on their smartphones. He thought it would be different if they had a single-use camera in their pocket. Besides that, he was searching for ways to visualize this well-documented, historic event in another way, and realized that we always photograph and talk about refugees, but don’t give them much of a voice. He decided to look at the refugees from another point-of-view – theirs! 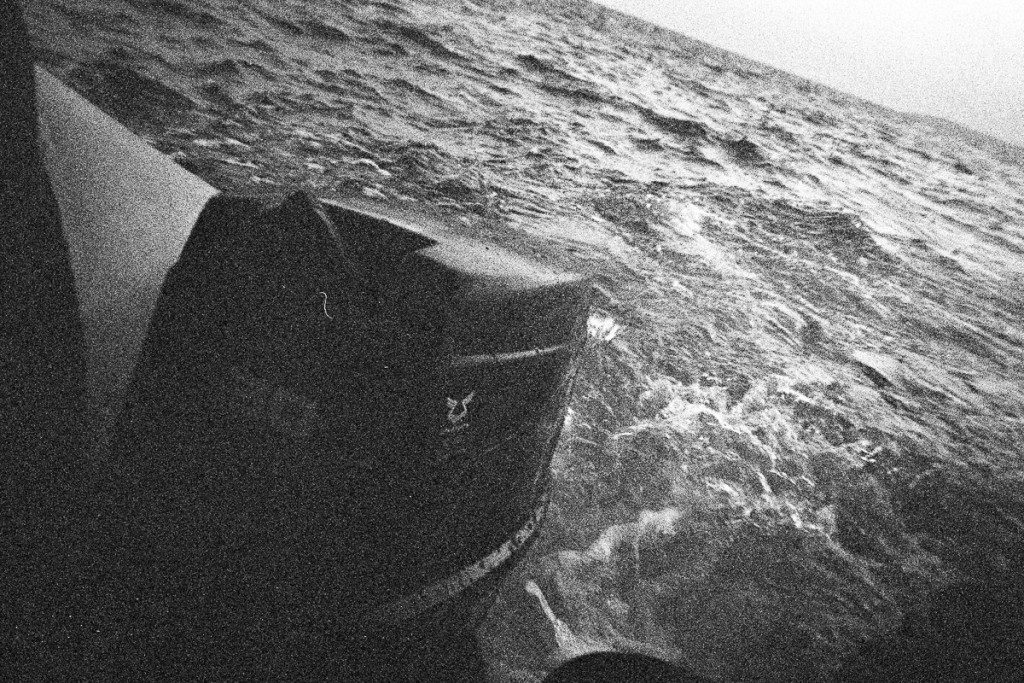 The engine of Zakarias dinghy. He was sitting in the last line.

Juan Medina has been following migrants trying to reach Europe for two decades. As the number of deaths at sea rises, we share some of his harrowing images. He first began seeing migrants arriving in Fuerteventura in the Canary Islands where he lived for many years. Read his full story here. 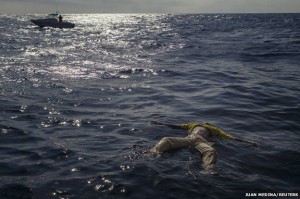 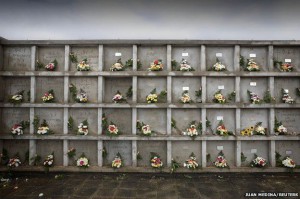 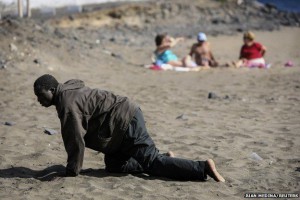 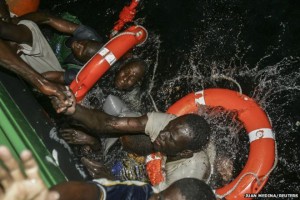 WHERE YOU CAME FROM

He was raised in Afghanistan. With the help of good friends, smugglers, a steel will and a little bit of luck – he found himself a half a year later on a Oslo city centre street on a cold Christmas Eve!! AMIN WOULD BE. HE WOULD LIVE, NOT JUST SURVIVE. Still he was, A YEAR LATER, deported BACK TO KABUL AND BEGAN HIS SECOND JOURNEY – BACK TO THE COUNTRY IN THE NORTH. “WHERE YOU COME FROM” has been made possible due to Amin’s insane story and his desire to share it with us. We will have performances for youth schools in Oslo in Spring 2015 -and will perform to a wider audience later in the year. 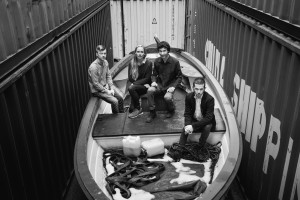 This original and eclectic work merges instruments made from immigrants’ personal belongings found at  the U.S./Mexico border with musical instruments of a traditional wind quintet: flute, oboe, clarinet, French horn and bassoon. “Voces del Desierto” is an original concept and composition by Guillermo Galindo specifically created for Quinteto Latino, commissioned by MACLA with funding from the Wallace Gerbode Foundation and the William and Flora Hewlett Foundation.

The piece, inspired by all those who dare to cross borders in search of a better life, is an original concept and commission by composer Guillermo Galindo and performed by Quinteto Latino. 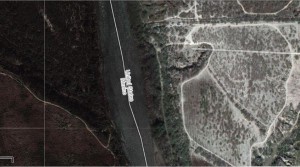 Stefano follows in the footsteps of generations of fishermen. But in the 21st century the catch is very different: his job is to pull drowned bodies of migrants out of the Mediterranean. Meanwhile in the bleakest corners of the UK, Denise tramps from door to door collecting payday loans, witnessing crippling hardship and hearing complaints about immigration.

Written by award-winning playwright Anders Lustgarten and based on the Soho Theatre production directed by Steven Atkinson, Lampedusa puts us in the shoes of those whose job it is to enforce our rules, this is the story behind the headlines of two strangers finding hope and connection where they least expect it.